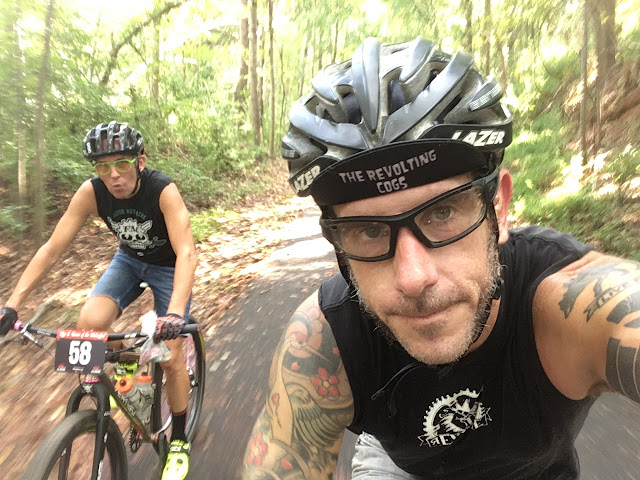 "Hey Rich... remember this spot?"
From behind me a sad and small "maybe?"
"It's where we almost got arrested."
A sad and small sigh... "i remember."

It was Bill Nye's fault. Or so I tell myself. His eyes had changed. That's how you know. When he stares somewhere past you rather than at you... it means he's about to start arguing with and about things that don't warrant arguing with or about. In this particular case, the cop he'd conveniently crashed his bike in front of.
The cop who had blooped his siren at Rich, Nick and I for riding three abreast down the empty 2am morning road.
"Single file!"
And then... when he sped past us and we saw his cop-lights go on in earnest some quarter mile ahead I turned to Rich and said "How much do you want to fucking bet that's about Bill Nye?" And sure enough, when we rolled up... there he was... standing in front of said cop, doing a completely shit job of defending his thesis, the subject of which appeared to be "This... Is, Like... Bullshit. Or Something." Me going into hyper-reasonable-and-elocutive-to-appear-sober-but-probably-just-making-it-worse mode: "My sincerest apologies, officer, but you'll have to excuse my unruly friend. Our ultimate destination is my humble domicile, which lies just beyond this next traffic light, and once we arrive, you have my word as a gentleman ... we'll... ummm... (shit)... try and... (losing it)... not be... (think, man!)... quite so... umm... (argh!)... drunk? (cringe)
"I could arrest y'all, you know."
Heads hung like chastised children.
"You walk from here. If I see one of you even touch a pedal on those bikes, you're going to jail."
Staring at our feet and nodding.
Shadowed by a police cruiser for the mile long walk back to my house with our bikes.

But wait. That... was literally months ago. Sorry, I got distracted. Let's go back to NOW.

Rich was wearing flip-flops.
Not sandals, mind you, like the usual pocket-tee clad, five-panel-hat doffed, mom-jort, leica-around-the-neck cool-kid-industry-fan-boyz of the now. But flip-flops. Flimsy, shitty department store flip-flops. On SPD pedals.
And while it wasn't a long ride to the first bar... maybe four miles...  it was long enough that flip-flops probably weren't the choice. Probably, in fact, they accounted for the mysterious gash on his foot the next morning.  But nonetheless... there he was.

Christian had joined us. He's been giving me some much needed help at the shop lately. I admit I felt a little bad subjecting him to the insular old-person dumb-speak that Rich and I tend to communicate in, but Christian shares our common thread of being unable to refuse a late night bike ride to a bar for "one more."
We're all healthy bundles of habits here, in case you were wondering.

Now allow me to attempt some math.
By the time we were even en route to the first bar that night, 130 pounds of Rich had, by my exhaustive calculations, already imbibed seven seven percent beers in relatively short time. Myself just beyond five, each at a rough average of six point five. Which, if I'm not mistaken, the sum total of which is less than or equal to: we probably should have just ridden home and gotten a good night's sleep.
And before you vent your righteous indignation at our failed failings in coping with our various vices and addictive personality traits, imagine, just for a moment, being human. And being confined to the awkwardness of a human body, with all its oddity of elbows, toes, and ears. Testes. Tongues. Labia. Buttocks. Uvulas. And a nose. A FUCKING NOSE. Now imagine another human body approaching your own human body and talking to it. Talking to it with all of its strange anxieties and tics, built layer upon layer of 50 years crawling around on this rock trying to create meaning out of nothing. Now imagine not really knowing what to even say, so in the same way that people crack their knuckles or laugh at their own jokes or run their fingers through their hair, or scratch their neck, or compulsively put on chapstick...  you just unwittingly and consistently take another sip of the drink in your hand. And that drink happens to be beer. And in that moment, this simple act happens to help you push past the fact that just behind that nose and beyond those lips, the person talking to you has a skeleton inside their body and is currently pushing air through a voice box somewhere in their throat that makes sound waves that travel through the air into your gnarled, lobed ears where tiny bones tap a message to your brain that translates their honking into some semblance of a thing that kind of makes sense.
So please... fuck you and your righteous sobriety. Because you're just as much a bundle of anxious, shitty coping habits as I am. You just have one less excuse.
(I'm sorry. I didn't mean that. Sobriety is good. It's just that... noses. Right? With nostrils. And we all have them and we act like it isn't the weirdest goddamn thing and some of them are actually quite nice.)

Gads... where even was I?
Oh yes...
Entirely too much to drink the night before a "race." Plus more. Plus midnight fried chicken and cheese fries. Once home, Rich fell asleep on the couch while I sipped rye whiskey and chuckled ruefully to myself about the vast and terrifying emptiness of even the most fulfilled life.

The next morning, riding our bikes ten miles to the start of the race, we both had a moment of panic. An effort up a hill that stressed our legs and heart was telling. This was going to hurt. And by panic, I mean... depression. Being sadly resigned to the fact that today was going to be much harder than it should. And that once again in a long line of once agains... it was our fault.

Even though the shop has always been involved as a sponsor, this was my first year getting to actually participate in the JA King and Queen of the Watershed Race. Long has there been the ambition of doing a race that connected all of the trails in Greensboro, but logistically it seemed difficult. Long stretches of greenway. Busy road crossings. Which means the enduro format is perfect. Each trail is a "segment" and you can cruise at your own speed between them.
It also means that you have to ride each segment harder than you probably wanted to.

When I caught Rich on the first trail, after starting 30 seconds behind him, I knew how things would shake out. This would create a cascade of despair that would increase throughout the day, until he was a complete shell of a man... full of regrets and doubts and self-loathing. So... pretty much like any other day, but more, probably. I myself felt ok. A little hungover, but I've been worse. My 40's, while more pervasively melancholy, seem punctuated with less "oh god, oh shit, I'm dying" mornings on the floor tangled up with the toilet than my 30's.

My goal for the day was to ride hard enough to hurt... but not hard enough that I ever felt the panic or pain of "racing." Because I don't know if you got the memo, but that shit is the worst.  I was also still nervous about my butt. I'd injured it a month ago... launching entirely too far and high into the air off a jump, somewhere in Tennessee...  and it's kind of been an asshole ever since. Pun intended. But that's another story. Suffice to say I wanted to test it, but not too much. I already felt ridiculously squirrely, having been off the mountain bike for almost a month. I crept through and across every loose corner and wet bridge like it was my first time on a bike.

The trails? They were fine. I mean... they were great. But these are my backyard trails, mind you. And it's difficult for me to wax poetic about my backyard. My suburban despair is strong enough that even the word "yard" is triggering.
And I've ridden these trails so many times that I like to make sweeping statements about preferring a staple in the cheek or groin to another day out on them. Is that true? I don't know. It's just that there are people out there who crave routine, and relish in consistency. And I just... don't.
But even through my all consuming melodrama about being in one place too long, I'm aware that we have a good thing with these trails and that it's only getting better.

When we were finally done, Rich was as toasted as I've ever seen him. This from the guy who consistently shames me through eleven hours of Pisgah.


The point is... if you have a calendar that you put races on, you should put the JA King and Queen of the Watershed on there. What's a "JA King" you ask? It's a company that makes measuring equipment, owned by a guy named John King who happens to be a cycling fanatic, and who is a great patron of our local scene, and who I, incidentally, once told to eat a bag of dicks.
It was a long time ago.
(You should ask him about it.)

Tomorrow, Rich and I will be getting in the van and meandering our way to Bentonville, AR for the Oz Trails Off Road, where we will be doing a bang-up job of covering the event as "media." Rich is calling it the Van of Constant Sorrow Tour. I'm calling it Old Brother, Where art We. Neither are very inspired or funny. But that's pretty much who we are these days.
We'll be trying to be active on social media, so follow us at @teamdicky and @revoltingcogs if you don't already. We can't promise anything, but if we were, it would be a whole lot of worn-out mediocrity. So if you're into that...


There, I wrote a blog. Happy? 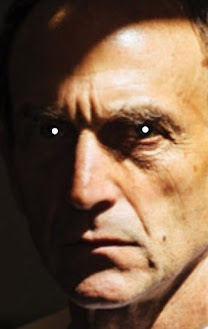